What is a birthstone?

“Birthstones are gems that are associated with a birth month, each stone has a unique meaning and significance. Like horoscope signs, when you ask someone “what is your birthstone?” they almost always know the answer. Today you’ll commonly see birthstones in jewelry pieces, like necklaces, bracelets, rings, or earrings as reminders to celebrate your birth month all year long.”

What is the origin of birthstones?

The concept of birthstones is a time honoured tradition that stretches across Tibetan, Indian & Western cultures, but did you know that it was first marketed by Tiffany & Co. in 1870?

According to Indian Aruveydic philosophy, practiced for over 1500 years, every person is assigned a birthstone that corresponds to his or her nature.  In Tibet, a person’s “mystical birthstone” is honoured in a tradition that dates back at least 1000 years.  “In the Western Middle Ages, stones were thought to have properties linked to the cycles of the zodiac, which were based on the Gregorian calendar. The powers of a particular stone were heightened during its corresponding month.”  In 15th Century Poland, “it was not uncommon for wealthy people to own jewelry in the 12 different stones of the Zodiac, and to rotate them monthly.”

“Christian scholars in the 5th century made the connection between the twelve gems in the Breastplate of Aaron, twelve months of the year, and twelve signs of the zodiac. They theorized that each gem was connected to a certain month or astrological alignment and that they would receive therapeutic benefits for wearing one during that time.

To receive the full benefit, people took to wearing one stone for each month of the year and attributed a different meaning and value to them. Eventually this practice was modified so that a person would only wear the stone for the month they were born in (hence the term birthstone).” 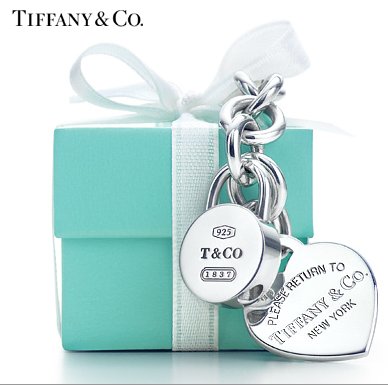 “In 1870, Tiffany & Co. sought to popularize the birthstone tradition by marketing jewelry to consumers based on their birth month. They published a pamphlet with a Gregorian birthstone poem and encouraged customers to give birthstone jewelry as birthday and anniversary presents.”  (It is unknown whether the poems were written long ago or simply as part of a clever marketing plan.)

By her who in January was born
No gem save Garnets shall be worn
They will ensure her constancy
True friendship and fidelity.

The February born shall find
Sincerity and peace of mind,
Freedom from passion and from care,
If they, the Amethyst will wear.

By her who in March was born
No gem save Bloodstone shall be worn
They will ensure her constancy
True friendship and fidelity.

She who from April dates her years,
Diamonds shall wear,
lest bitter tears
For vain repentance flow.

Who first beholds the light of day
In spring’s sweet, flower month of May
And wears an Emerald all her life
Shall be a loved and a loving wife.

By her who in June was born
No gem save Pearls shall be worn
They will ensure her constancy
True friendship and fidelity.

The gleaming Ruby should adorn,
All those who in July are born,
For thus they’ll be exempt and free,
From lover’s doubts and anxiety.

Wear a Peridot or for thee,
No conjugal fidelity,
The August born without this stone,
`Tis said, must live unloved; alone.

A maiden born when autumn leaves
Are rustling in September‘s breeze,
A Sapphire on her brow should bind;
To bring her joy and peace of mind.

October‘s child is born for woe,
And life’s vicissitudes must know,
But lay an Opal on her breast,
And hope will lull those woes to rest.

Who first comes to this world below
In dreary November‘s fog and snow,
Should prize the Topaz amber hue,
Emblem of friends and lovers true.

If cold December gave you birth
The month of snow and ice and mirth
Place on your hand a Turquoise blue;
Success will bless whate’er you do.